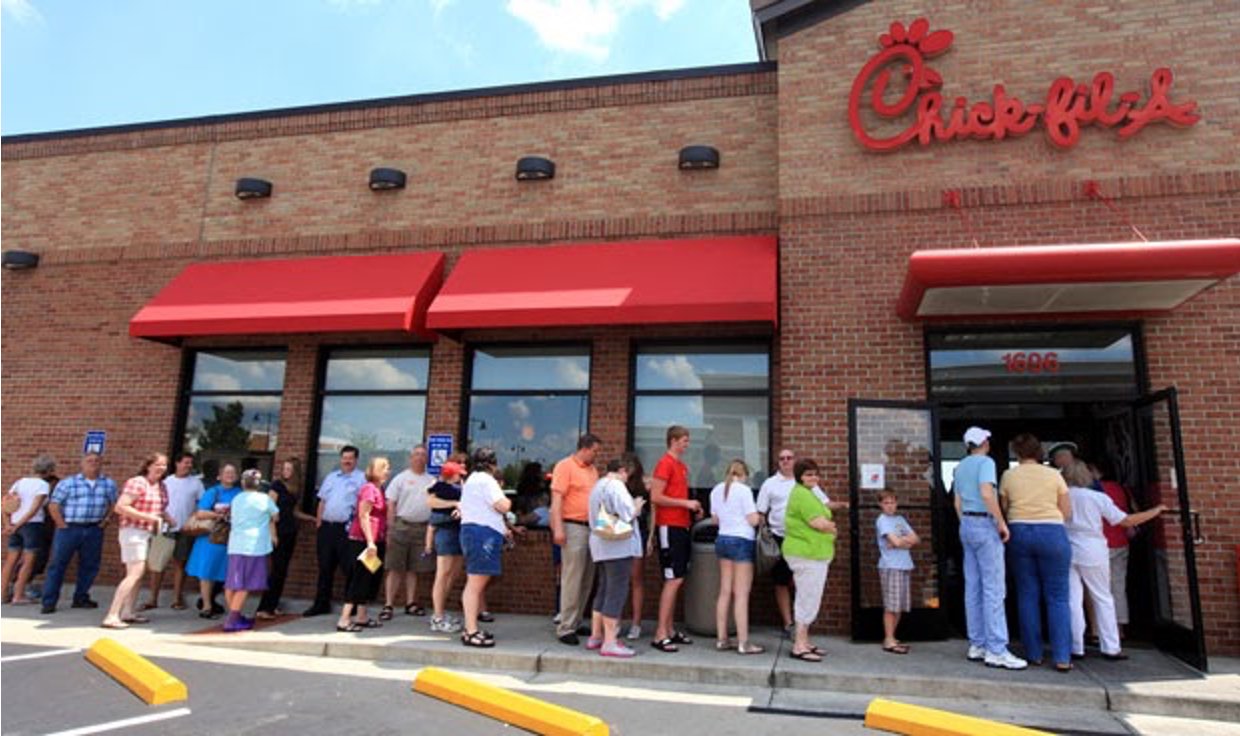 Chick-fil-A is now the 3rd largest fast-food restaurant chain in the country, behind McDonald’s and Starbucks.

They just sell chicken sandwiches. $13 billion of them a year.

Their average revenue per restaurant is more than 50% higher than McDonald’s.

They are larger than other fast-food chains like Taco Bell, KFC, Wendy’s, Whataburger, Burger King, Subway or Dunkin Donuts.

Chick-fil-A is not even open on Sundays. Which means they don’t appeal to everyone.

Americans eat 50 billion hamburgers every year. That’s 40% of all fast-food dining in the U.S.

How did Chick-fil-A grow so fast and become so successful while ignoring the most popular fast food category?

So why doesn’t Chick-fil-A add hamburgers to the menu, even though they easily could? Wouldn’t they make more money?

Wouldn’t they provide better customer service by saying yes to customers instead of no?

The answer, of course, is No.

Chick-fil-A doesn’t sell hamburgers because they would stop being known as the best at the one thing they are known for–chicken sandwiches.

They continue to grow because they are the well-known leader in a large and growing market, which they helped create. They have great service too, but that’s not the primary reason for their success.

Generalists are never leaders in any growing market. In the “Chicken Sandwich Wars” of 2019 where their competitors ramped up, Chick-fil-A didn’t see sales go down.

The fastest-growing restaurant businesses always have the shortest menus and longest lines.

What about chefs who can make any kind of food for anyone (or your Mom)? The food may be delicious, but they are never good businesses.

That’s the trick. You grow big by being known as the leader at something important for someone specific.

Big markets are led by the specialist who created them.

It worked for Amazon, Microsoft, Apple, Google, Chipotle, Duane “The Rock” Johnson and every other company, celebrity, politician, and consumer product that scaled up to big success.

Specialization is the hidden superpower of fast growth.